Why Did Satoshi Nakamoto Create Bitcoin?

Why did Satoshi Nakamoto create Bitcoin? Here is a description of why he made this electronic or digital currency. Satoshi Nakamoto, an individual or group of programmers, created Bitcoin in 2009. The first Bitcoin mining happened on January 3, 2009. Since Bitcoin’s creation, countless cryptocurrencies have emerged, borrowing the Bitcoin concept. The founder and creator of Bitcoin are known as Satoshi Nakamoto, although no one can confirm if it’s his real name. No one can guarantee if it was a creation of a single person or a group of people. Bitcoin creation has become a significant influence on the world.

Satoshi was already a familiar name among cryptography enthusiasts long before Bitcoin became popular. Months before mining the first Bitcoin, he had published a white paper on the cryptography mailing list titled Bitcoin. In the white paper, he described Bitcoin as a peer-to-peer electronic currency that would allow people to send payments online from one party to another without going through any financial institution or intermediary.

Satoshi Nakamoto is still a mystery figure, but his objective of creating Bitcoin is never a mystery. His main reason for creating Bitcoin was to regain financial control from financial elites and give ordinary people the opportunity to participate in decentralized governments.

Since its creation, Bitcoin has remained an open-source and will stay so because no one has the power to own or control it entirely. It has a public design open for anyone to participate.

Satoshi introduced Bitcoin as a response to the 2007/2008 financial crisis that showed that even the world’s most significant banks have a chance of failure. The great recess highlighted how fragile modern economic systems are and the need for decentralized financial transactions. During this period, cryptocurrency was born, and Bitcoin emerged as the first cryptocurrency.

Bitcoin uses blockchain to develop trust among its users and ensure security, being a network-based ledger that all participants can access. Satoshi Nakamoto mined the beginning Bitcoin block to launch the blockchain officially. In the first months of Bitcoin’s existence, it didn’t have any worth monetary equivalence.

Miners (people) that used their computers to solve complex mathematical equations to discover new Bitcoins were only doing it for novelty. Miners aided in verifying the validity and accuracy of transactions. The actual payout that Bitcoin miners receive is a reward for auditing and processing highly encrypted data, usually a part of every transaction. The auditing ensures that the network accounts for every Bitcoin, and one cannot spend their Bitcoin more than once.

The first Bitcoin transaction in the real world happened when a Florida man agreed to exchange pizza for Bitcoins on May 22, 2010. The value was four Bitcoin per penny, but it began to multiply exponentially after the pizza transaction.

Currently, experts estimate the value of 1 Bitcoin at $40,000, with the probability of going higher in the coming years. More people keep venturing into Bitcoin each day and mining more Bitcoin. Anyone can invest or trade Bitcoin; it only requires a few starter points. You can also sign up to sites that will help in Bitcoin investment. Bitcoin profit is one of the easy-to-use sites that anyone can use to trade this virtual currency.

The growth of Bitcoin is quite significant, although not without scandals. The initial idea was to decentralize Bitcoin, although it has its share of centralization. Large financial institutions and banks have started opening trading desks and custody services. The people who own most Bitcoin also control Bitcoin markets and open Bitcoin farms.

The good news is that Bitcoin doesn’t disappear anytime soon. It has created a way for other cryptocurrencies and seems to be increasing in value. With the correct advancements in technology, there is the possibility that more people will adapt it for everyday transactions. Investing in Bitcoin might be the best decision after all.

How You Can Make Money Trading Bitcoin in 2022 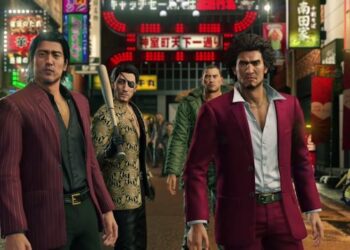 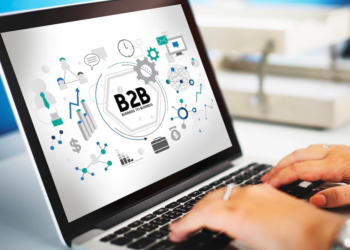 Social Listening: How to Use It to Build a Better B2B Digital Marketing Strategy Why Guest Posting Is Important Everything You Need To Know About