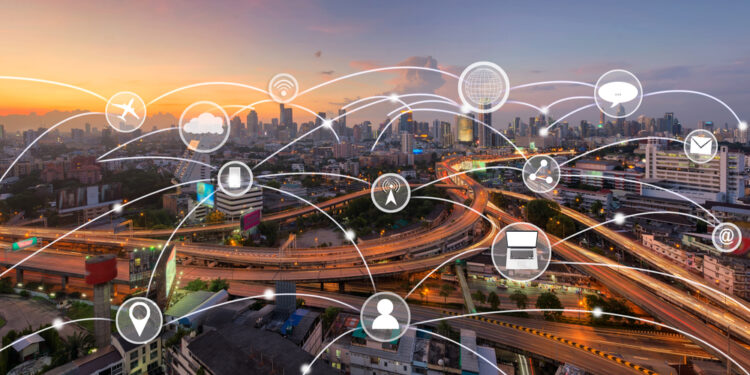 Over the past decade, IoT (Internet of Things) has evolved from a mere concept into a reality and various IoT devices and deployments have been core enablers of operational improvements, improving the functions of so many products and customer experiences.

To be functional, IoT devices must stay connected with the IoT network, and thus IoT connection issues remain the biggest challenge in so many IoT deployments due to a simple fact: there isn’t an ideal IoT connection or connectivity solution that can fit all the possible IoT use cases at the moment.

This perfect IoT connection should have the lowest energy consumption possible, with the highest bandwidth possible, and should cover the widest coverage area possible. To this day, the combination of these three factors hasn’t yet existed in a single source. This is why, when discussing IoT connection, we are always dealing with the trade-off between these three technical requirements: energy consumption, coverage, and bandwidth.

Energy Consumption VS Range VS Bandwidth: The Trilemma of IoT Connection

However, keep in mind that these three are not definitive classifications, and there can be IoT connection standards that don’t really fit in any of these categories:

Cellular IoT connectivity, as well as satellite IoT connection, are two important examples of this IoT connection category. The basic premise is relatively simple: to send a lot of data over a great distance, a lot of energy is required.

Since a lot of IoT devices are deployed remotely and rely on battery power, high energy consumption can be a major issue.

This type of connection is ideal for IoT deployments that require the devices to transmit large amounts of data and when the IoT devices are deployed far away from the server.

Wi-Fi, Bluetooth LE, and Ethernet belong in this category.

These IoT connectivity options don’t consume as much energy as cellular or satellite, and Bluetooth LE consumes a very low amount of energy. However, the trade-off here is range. As we know, Wi-Fi and Bluetooth offer relatively limited range when compared to cellular or satellite connection, and are typically only used in short-range deployments like a smart home, schools/campus, offices, and more.

To increase range while maintaining low power consumption, we sacrifice bandwidth. This is the basic idea behind a group of IoT connection technologies called LPWAN (Low Power Wide Area Network).

LPWANs send only a very small amount of data, allowing them to operate at very low energy but the IoT devices can be separated by miles. There are various IoT devices that don’t actually send and receive a lot of data, making the LPWAN IoT connection ideal. A smart thermostat, for example, doesn’t really send a lot of data.

Cellular IoT connectivity solutions, along with satellites, is the only IoT connectivity option that can offer international and even global coverage. Truphone’s sim cards for IoT, for example, offer coverage in 100+ different countries, so you can technically expand your IoT system to a global scale. They are capable of sending and receiving a large amount of data, especially for 4G LTE and now 5G. Ideal for IoT deployments that require high bandwidth and wide coverage area, including mobile IoT devices like autonomous vehicles.

The relatively new Bluetooth LE (Low Energy) now consumes very little power but offers a relatively low bandwidth capacity when compared to cellular or Wi-Fi Iot connections. Best suited for IoT deployments that only require low data rate in short-range deployments, like in a smart home, and also for your wearables (i.e. connecting your iPhone with your Apple Watch).

Wi-Fi, as we know, can offer a very high network speed and bandwidth. It does consume less energy than cellular connection, but still consumes a relatively high amount of energy. Similar to Bluetooth, Wi-Fi also offers a limited coverage area.

Ideal for short-range implementations that require a lot of bandwidth, like in schools or offices.

Mesh connectivity works by interconnecting IoT devices to create nodes that allow data transmission. High mesh configuration can improve coverage range and lower the energy consumption, but it can only transfer relatively small data packets. ZigBee and Z-Wave are popular examples of mesh IoT connectivity, and they are often used in smart lighting, smart HVAC, and other smart home applications.

We can use LPWAN to describe any IoT connection that allows connectivity over large distances (above 500 meters) while using very low energy. There are licensed LPWAN technologies like NB-IoT, LTE-M, and EC-GSM, many of them are modifications of cellular connectivity, and there are also unlicensed options like LoRa and SigFox. Ideal for large-scale implementations of IoT devices that don’t require high data transfer rate.

At the moment, a perfect IoT connection with low energy consumption, high bandwidth, and high coverage area doesn’t exist. However, in most IoT applications, cellular connectivity remains the most versatile option, especially for large-scale deployments.

When choosing between different IoT connections available, it’s important to consider your IoT deployment’s needs, as well as your plans for future scaling and developments.