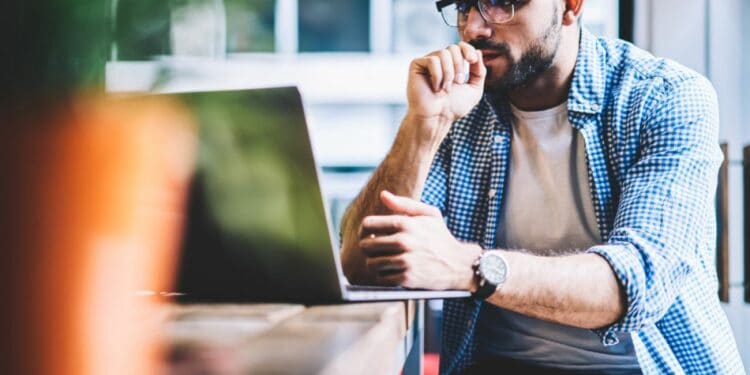 Blockchain is a very powerful technology that has the potential to change the way we handle money and our personal information. However, people aren’t too sure about how blockchain is going to affect our social media platforms.

In this blog, we will look at the pros and cons of blockchain-powered social media and how different platforms can leverage this technology effectively.

What do You Mean By Blockchain Social Media?

Blockchain is a technology that is currently being integrated into every type of business. Every single day, new advancements are being made in the world of blockchain.

The technology’s many applications are being used in everything from social media to e-commerce, and even in politics. It allows you to trade using platforms like bitcoin trader too. Let us see what it can mean for social media!

On social media, we have seen a lot of user commodification. This means that people are being used as a commodity for the benefit of others and the platform itself.

Blockchain helps with this by making it hard to commodify users because all data is public and shared across all nodes in the network.

READ:  Coins vs Tokens: What is the Difference

Therefore, the only way for anyone to gain access to that information would be through hacking the entire network.

And, it would be pointless since it would just lead to more damage than what was already done by releasing the information in the first place.

There Is No Censorship

Censorship on social media is a big concern, and the blockchain is a great way to avoid it.

With blockchain, you can store information on your own private server, and all of the information that’s stored there would be anonymous.

This means that when someone posts a message on your server, it will appear as if they are talking directly to you—not a third party that could be censored. It also means that no one can see what you are saying unless you have given them permission to do so.

Blockchain provides better security and control on social media by creating a secure, decentralized platform that can be accessed anywhere, anytime.

Social media platforms are often centralized, meaning that a single entity controls the data and information being shared.

By moving to a blockchain-based system, users can feel more comfortable sharing their personal information with others because it cannot be easily stolen or manipulated by an outside source.

With blockchain-based crowdfunding platforms, users can create an account and deposit money into their accounts to generate funding for their projects.

Blockchain-powered social media platforms will keep track of all transactions made by the user during the period. It will also make sure that everyone who contributed gets paid back according to how much they pledged (plus other fees).

READ:  How To Fix Mega Error “Out of HTML 5 Offline Storage Space” In Chrome

These platforms are typically free to use for individuals because they need minimal infrastructure or data storage facilities.

Here are some things to consider when deciding whether or not blockchain-powered social media is right for you:

Negative Impact On The Environment

Blockchain-powered social media can be a great way to connect with the people you care about. Unfortunately, it’s just not always the most environmentally-friendly option.

It all comes down to how much power is consumed in order to run blockchain-enabled social media platforms. Blockchain-powered social media also has a large carbon footprint that can affect our environment in unspeakable manners.

Well, it’s not a complex technology in the sense that you have to be a computer scientist to understand it.

But, it is a complex technology in that it requires the use of a lot of different tools and processes all at once.

It requires users to install software on their devices and then use the network to communicate.

Scalability is the main drawback of blockchain-powered social media. Because blockchain technology is so new and still evolving, it’s hard to predict how well it will scale.

It needs to store all your data on its own servers, so it can’t use the same tools that traditional social media use.

In conclusion, blockchain-powered social media is an exciting idea with both pros and cons. There are some advantages to having a decentralized platform like this, but it also comes with its own set of challenges. So, it’s best to keep both sides before making a move in this aspect.