VPNs (Virtual Private Network) have been around for decades now and you may have heard of them already. They help everyone, from individuals to big businesses, protect their security and privacy and have gone on to become an essential part of the cybersecurity system for many.

In case you’re not aware of how VPNs help your security, they do so by masking your true IP address and by encrypting your online data. Those features by themselves are already valuable given the right application —  aside from the obvious protection from hackers and spies

Looking to get a discount while buying airline tickets online? Use a VPN to change your online location. Want to connect to the free wifi at Starbucks? Activate your VPN to prevent hackers from stealing your information.

The list goes on but I believe you already understand — a VPN is great and useful. But, before you go ahead and sign up for the first VPN you find, here’s a guide on how to choose the right one for your iPhone.

The very first thing to do is list down what you want out of your prospective VPN. This makes it easier for you to compare the different VPN services and pick which ones to consider.

Of course, the very first thing on that list will have to be security and privacy. Which can further be broken down into the following:

Every time your iPhone browser searches for something on the Web, it makes a query that is sent through your ISP and then delivered to a DNS server. The DNS server then searches its directory for the appropriate IP address that matches your query and connects your query to that IP address.

Still with me? Alright. Now, the query made by your browser is in the form of data packets which contain readable plain text. Anyone snooping around your connection can simply intercept these data packets and read the text inside, thereby, finding out what your searching for and any personal information you’re sending.

But, if your data packets are encrypted, that means no one else can read what the data packets contain except the DNS server with the proper IP address. This is why you’d want your online activity to be encrypted if you want security from hackers and spies. Haven’t you ever wondered why governments like China and Russia are banning VPNs?

You may find that some VPNs provide only 128-bit or 192-bit encryption which is fine, but ideally, you’d want one that offers at least 256-bit AES encryption.

This is because 256-bit AES encryption is simply more secure and is the currently the gold standard in the VPN industry. It’s actually the encryption standard utilized by Apple, Microsoft, and even the US military!

A VPN protocol is what determines how your information routes from your device to the VPN server. Currently, the following are the 5 major VPN protocols:

READ:  How to Plan a Budget for Your Mobile App Development

Ideally, you’d want your prospective VPN to let you switch between protocols manually. If not, it should at least automatically switch to the most optimum protocol available. Some VPNs actually let 2 or more protocols “race” against each other. The one which makes a connection first becomes the protocol used for that particular session.

A VPN should have other security features besides encryption and protocols. These other features can consist of various innovations like multi-hop technology, obfuscation technology, or AI-assisted neuro pathing.

Whatever extras you can find, make sure the VPN at least has a working built-in killswitch. This “kills” online apps every time there is an interruption to your VPN’s connection. A killswitch makes sure that your apps’ online connection is always secure.

“Hold on, you’re telling me to read through all that slog?”

I know what you’re thinking but hear me out. A VPN company’s privacy and logging policy will show you exactly what information they keep and what they do with it and how long they keep it. This will become clearer once we get to “Jurisdiction”.

Most VPNs will keep some information like your email address, payment data, and customer service information. But, there are some that admit (or don’t) to keeping more information. It’s good if they admit it so as to let you weigh your options.

Ideally, you’d want a VPN to never log your information (apart from the bare minimum they need) or at least not keep it for very long.

Why are a VPN’s privacy and logging policies so important? Because their jurisdiction might allow their government to confiscate any and all data they have — which includes your personal data. This is possible if they belong to any of the signatory countries that make up the 14-eyes jurisdictions.

Some of these countries have recently even made moves to ban encryption. So, if you want a truly safe VPN, look for one that’s not in any one of the 14-eyes countries. If the VPN you like is in one of these countries, see if they at least don’t log data or delete their logs regularly. That way their government won’t have any of your data to confiscate.

After you’ve found a secure and private VPN you can then move on to other criteria like speed, usability, support, and, of course, cost.

Some VPNs are simply faster than others. This speed can be attributed to several factors like the size of the VPN company, the physical distance between your device and the VPN server you’ve connected to, the number of servers they have around the world, and the number of active users at the time.

Needless to say, you’d want a VPN with the least reduction to your internet speed.

Let’s get this straight:

You wouldn’t want to own a luxury car if it handled like a unicycle on a frozen lake, right? It just wouldn’t be worth the hassle.

Well, that’s what you should be thinking while looking for a VPN. After all, what good would the fastest and most secure VPN be to you if it needs you to be a computer scientist?

Look for a VPN that’s easy to install and easy to use on your iPhone. There are some VPNs that display only their most essential elements on their interface, which makes them perfect if you’re a beginner to VPNs. Or you could be a cybersecurity veteran, in which case you’d want a VPN that grants you access to all the advanced features it provides.

Usability aside, your prospective VPN should also have a top-tier support team behind it. After all, there are just some problems that we just can’t handle ourselves.

Your VPN should ideally come with a 24/7 chat-based support. But I digress because I have experienced better service from ticket-based support in the past. The takeaway here is that your VPN’s support team should at least be knowledgeable and not simply be automated chat support.

You already know that VPNs can grant you access to content otherwise blocked by location. This is why a lot of people use VPNs to unblock Netflix services that they’ve already paid for. The problem is not all VPNs are capable of doing so. This is because Netflix has made it their goal to deny access to users outside the allowed locations.

So, if unblocking Netflix is one of your goals, make sure to add this category to your list.

Another, more controversial, use for VPNs is their support for Torrents. Now, I don’t condone the use of any technology for any activity that infringes upon intellectual property rights, but that’s not to say that all torrenting is illegal. Torrents are simply another way of getting large amounts of data across the ocean that is the Internet.

If you want the freedom to enjoy torrenting without fear for the hackers that frequent many Torrent sites, make sure your VPN supports P2P connections.

Last but certainly not least, see how the VPN costs.

This is particularly important since you might find a lot of VPNs that claim to be “free forever”. Don’t trust them. These “free” VPNs have been known to sell users’ data or extra bandwidth which often results in cyber attacks against these users.

It’s easy to find a VPN for your budget so there’s really no reason for you to gamble your security and privacy by opting for the “free” solution.

As with physical merchandise, you’ll find that choosing a lengthier subscription will net you a greater discount. So, if you’re looking for a VPN to use for several years, you’re better off paying for the longest subscription plan.

On the other hand, if you’re just looking to test a VPN for yourself, you can simply try their monthly plan. Some VPNs will even have a money-back guarantee if you cancel your subscription before the given number of days.

Just remember to cancel your subscription before it expires because some VPNs don’t automatically cancel monthly subscriptions.

Choosing a VPN for your iPhone is easy

With a little time and effort, you can pick the perfect VPN to protect your iPhone. Just remember to list down the features you’re looking for.

Look for a VPN with: 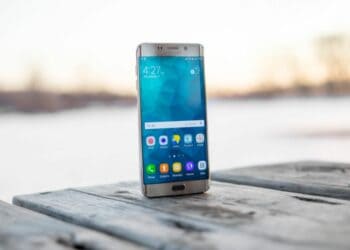 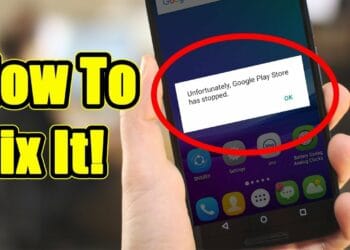 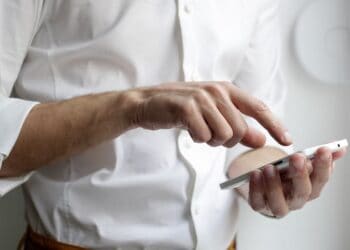