How New AEB Technology in Trucks Can Reduce Rear-End Crashes According to a 2015 special report conducted by the National Transportation Safety Board (NTSB), more than half of all two-car wrecks in 2012 involved a rear-end collision. With approximately 1.7 million rear-end crashes that year, there were more than 4,500 each day.

According to that same report, driver inattention contributes to approximately 78% of all crashes. This is especially concerning for those involved in truck accidents, as 97% of deaths in fatal truck crashes are passenger vehicle occupants. For this reason, Autonomous Emergency Braking (AEB) is among the Collision Avoidance Systems (CAS) recommended to implement in personal and commercial vehicles alike to help prevent rear-end crashes.

Also known as Automatic Emergency Braking, Autonomous Emergency Braking (AEB) is a system installed in vehicles that uses forward sensors to detect objects on the road ahead, such as pedestrians or other vehicles. The three subsystems of AEB (forward collision warning, crash imminent braking, and dynamic brake support) determine whether a crash might happen and either warn the driver or automatically brake to help prevent the collision.

Why Is AEB Important?

Adding AEB technology to the largest vehicles on the road can help protect the most vulnerable. Aside from decreasing the number of rear-end crashes, installing this technology in big rigs can help protect cyclists and pedestrians when sharing the road with motor vehicles. According to the National Highway Traffic Safety Administration (NHTSA), up to 11,499 crashes, 7,703 catastrophic injuries, and 173 deaths could be prevented annually by installing AEB in large trucks.

READ:  How Do You Determine if an Attorney Can Fight Your Car Accident Case?

Although commercial trucks crash less often than their passenger counterparts, their sheer size and weight—up to 30 times heavier than a car—significantly increase the danger they pose in a collision. Because of the repairs and injuries they help avoid, the safety benefits of Collision Avoidance Systems like AEB, lane departure warnings, and electronic stability control outweigh the cost of installation and reduce the total cost of ownership (TCO) overall.

In recent years, AEB systems have started showing up in modern semi-trucks. According to the Insurance Institute for Highway Safety (IIHS), trucks with AEB installed had 12% fewer crashes and 41% fewer rear-end wrecks when compared to those without.

While the NTSB has recommended that collision avoidance systems like AEB be standard on all vehicles since 2015, there is currently no U.S. federal requirement that semi-trucks have the technology installed. However, that might change soon as legislation introduced in June 2021 as the Protecting Roadside First Responders Act seeks to improve safety on U.S. roadways by “mandating crash avoidance technology on all new passenger and commercial motor vehicles.” Should this become law, the United States will join the European Union; most new heavy trucks in the EU have been required to have AEB with forward collision warning since November 2013.

Installing AEB is one of the many ways that truck companies can prevent catastrophic crashes and protect everyone on the road. When trucking companies fail to put safety before profits, innocent people pay the price. Fortunately, Arnold & Itkin’s truck accident attorneys have a long history of fighting and winning against dismissive insurance companies and negligent truck companies. We believe that everyone has the right to travel on our roads safely, and we’ll fight to protect that right. No matter what. 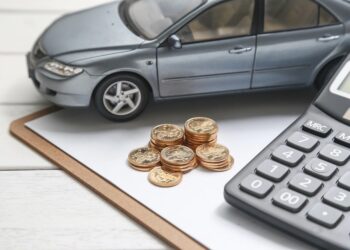 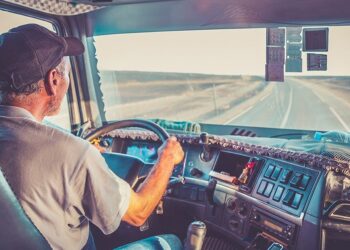