Augmented reality is an emerging technology that’s quietly growing at a rapid rate. Having already made inroads in the world of gaming, social media and retail, AR is expected to become widely used via integrated wearables, smartphones and automotive devices. There’s even plenty of potential for the technology to become commonplace in the world of productivity and collaboration.

While the COVID-19 pandemic has been a difficult period for many businesses across a range of industries, AR appears to still be growing at an exceptional rate. 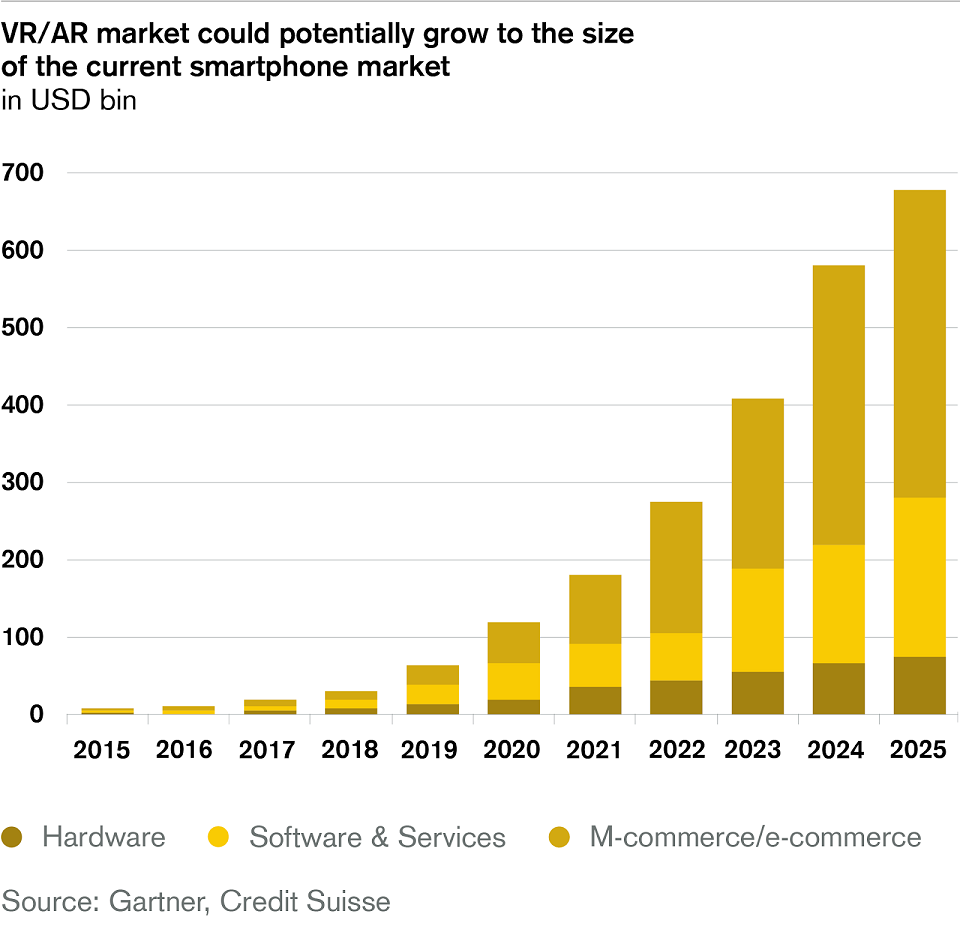 In the wake of augmented reality’s emergence into the world of gaming through smartphone applications like Pokemon Go, Credit Suisse forecasted the growth of the VR/AR market to emulate that of the smartphone market by midway through the 2020s.

With the upcoming race among AR leaders to create the most functional integrated eyewear over the coming years taking shape, we may well be seeing some significant strides taken by the industry between now and 2025.

As an emerging market, augmented reality firms with high potential could represent a solid buy for investors looking to ride the reality technological revolution. With this in mind, let’s take a deeper look at some of the most AR stocks available to buy with the highest growth potential for investors: 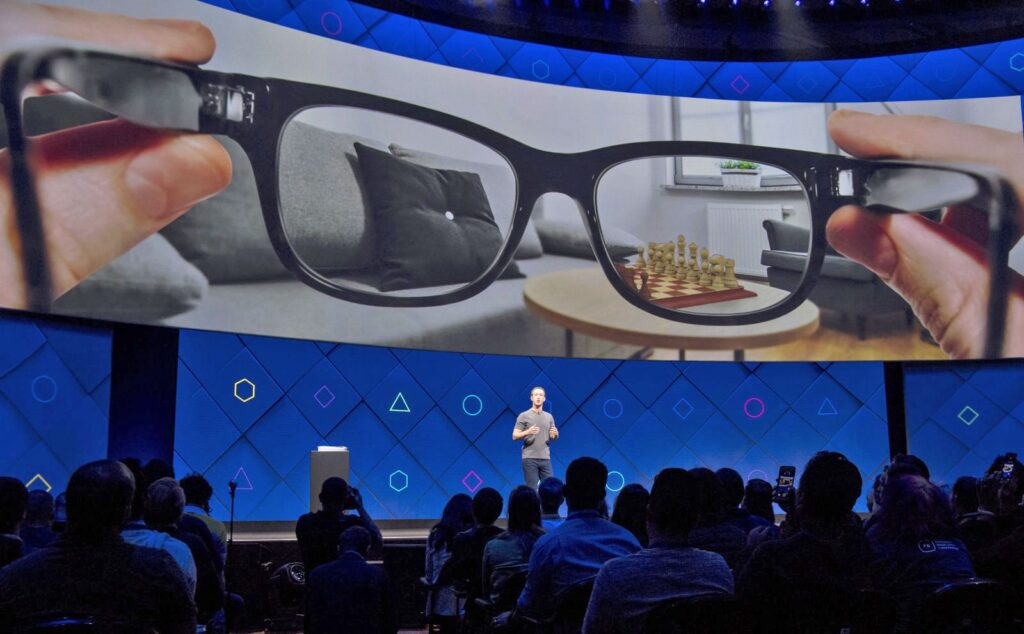 Although Facebook may not be readily associated with ‘strong growth potential’, or even with augmented reality for that matter, the social media giants are a force to be reckoned with when it comes to launching AR and VR wearables.

One important consideration to make is that Facebook acted swiftly and decisively in acquiring Oculus VR for $2 billion in 2014. The company also launched its first consumer VR headset for PC in 2016.

The trail of innovation then ramped up a notch in the years that followed as Facebook looked to focus more on building stand-alone VR headsets that work independently of PCs or smartphones. The Oculus Go in 2017 was closely followed by the Quest and Quest 2 in 2019 and 2020 respectively, with 1.1 million Quest 2 headsets being sold in Q4 of 2020 according to SuperData.

These impressive figures position Facebook at the forefront of the market by a country mile, with second-placed Sony only shipping 125,000 PSVR headsets in comparison.

Facebook is looking to take this dominance to the next level over the coming months by releasing its AR glasses, which have been developed with EssilorLuxottica’s Ray-Ban in order to carry a look similar to everyday frames widely on sale here and across the high street.

It’s clear that Facebook has made some significant strides in AR eyewear production and it’s reasonable to expect the tech giants to be at the heart of the next generation of eyewear. Although there may be some privacy concerns still lingering over the company, their stock should move favourably in line with the growth of smart eyewear. 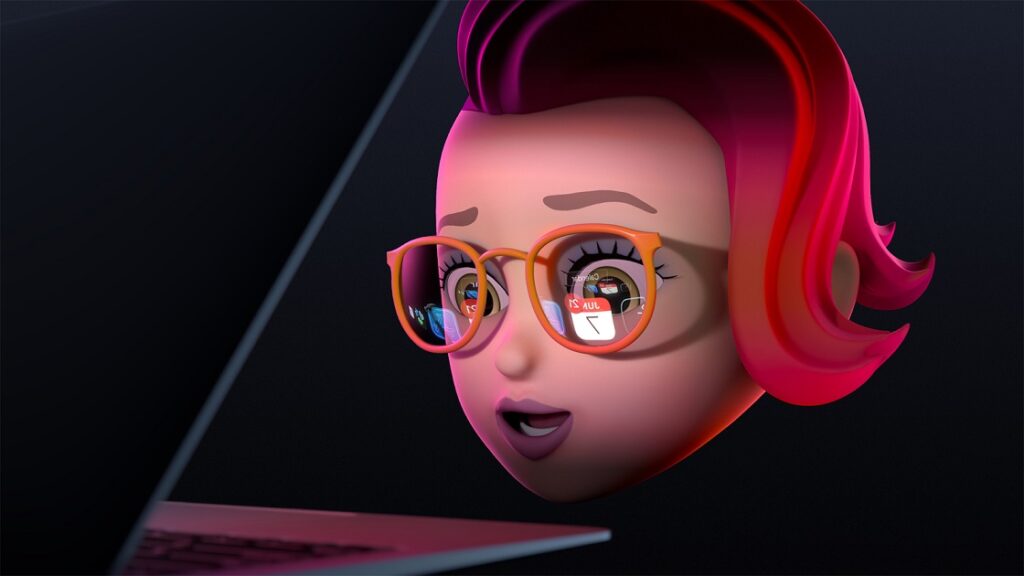 The underlying issues with Facebook and privacy has opened the door for Apple to position itself as a rival with a lot of potential when it comes to bringing the next generation of AR wearables to life.

The company is letting users opt out of data tracking apps following a recent iOS update in a bid to champion privacy as a priority. Apple is also rumoured to be launching its first augmented reality headset in 2022, with a lighter piece of smart eyewear following in 2023.

Some fans of the company excitedly reported that Apple had begun teasing the announcement of their first AR wearables in a trailer from early 2021 which ends with a user staring in amazement through their glasses at a screen in front of them, although others are sceptical of this theory.

Why should we get excited about Apple and augmented reality? Well, Apple has a habit of disrupting markets from out of nowhere by developing simple, consumer-friendly products – just like it did with digital music players, smartphones, tablets and smart watches. It seems unfathomable that Apple wouldn’t create a strong AR competitor in this fledgling market.

Also, the growth of the AR market could help Apple to realise its potential for creating driverless electric vehicles in the mid-term future – a technology that would be heavily dependent on Apple’s implementation of augmented reality and other related software.

See also  Why VPN is important for Business Vuzix may not have the reputation of Facebook or Apple in the world of tech, but it’s certainly a business that’s navigating the growth of augmented reality well. In fact, the company has also seen substantial growth on the stock market off the back of its AR offerings – with share value climbing around 2,000% to its 2021 peak from its 2020 lows.

The surge in interest was boosted in spring 2021 when the small-cap growth stock rose by 16% off the back of Vuzix announcing that it had received ‘an initial deployment order totalling $400,000 for Vuzix Smart Glasses from a Fortune 100 insurance and financial services company.’ According to the accompanying press release, the firm’s intention for the product was that it can use the eyewear to capture claim-related data.

Vuzix may have a case for being the company that is furthest along in the development of augmented reality wearables. In fact, in a discussion on CNBC, Steve Weiss described Google Glass by Alphabet as ‘prehistoric’ compared to Vuzix products. This may point to the company having excellent growth potential should its releases strike a chord with early adopters. 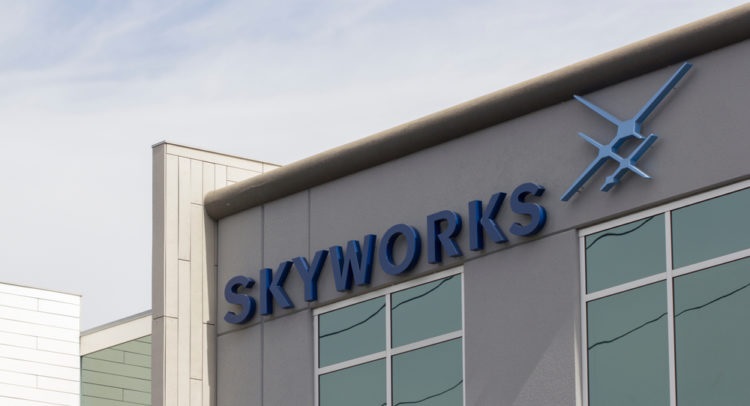 Whether it’s an AR game for smartphones like Pokemon Go or Jurassic World Alive, or a fully immersive VR experience, mobility is vital in realising the potential of both augmented and virtual reality. Due to the complexity of the technology, wired connections have traditionally been required for reality tech applications, but wireless is a necessity in the future.

Skyworks Solutions develops chips that create and connect to wireless network signals. These chips are already at work in Facebook’s Oculus Quest 2 headsets and are designed to remove the need for wires running into a computer or any other device in order to render fully mobile and immersive experiences. As things stand, it’s Skyworks’ chips that are set to be largely responsible for the mobility of reality devices in the future.

Skyworks has a long list of clients that work in developing a wide range of connection-based devices, from routers to smartphones. Now may be an ideal time to invest in the company as the world becomes more accustomed to developments in 5G wireless networks and WiFi 6 connectivity – two emerging connectivity functions that are certain to be pivotal to the growth of AR and VR.

5G and WiFi 6 applications have helped Skyworks to return to year-over-year growth following a difficult period driven by tensions between the US and China. Given the company’s industry pedigree, and how closely it’s been working with emerging connectivity technology, it’s likely that Skyworks will be key to powering the augmented reality devices of the future.

Himax is another name that you’re unlikely to see plastered over advertising hoardings selling AR products to consumers. The next generation of augmented reality software will be dependent on cutting edge technology to create the immersive experiences that consumers and enterprises will be expecting. Although Himax doesn’t sell complete AR products, the company is likely to be a key player in the growth of AR over the coming years.

Rather than an augmented reality company, Himax is actually a semiconductor firm that creates display driver chips. These chips work to manage the colours that are shown within visual displays.

Himax also has a reputation for delivering quality products, and the company has been in high demand over the past year, with share prices already driving upwards by 194% since 2020. Furthermore, last year saw sales increase by a seismic 57.7%, and adjusted earnings reached $0.20 – generating a 170% increase that ultimately exceeded the guidance set by Himax leaders.

Given the expected market growth of AR and the development of more powerful augmented eyewear over the coming months and years, there appears to be plenty of room for growth for Himax.

As a technology that’s still emerging and readying itself for its next step in consumer adoption, the future’s certainly bright for augmented reality and the companies that are pioneering its development. With so many major firms vying for space in the market, it’s not yet clear who will win this technological space race, but we can be reasonably confident that the five companies listed above will play a key role all the way.

How to Avoid Financial Scams in the Digital Age 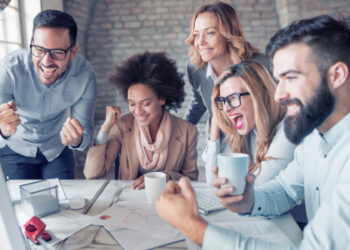 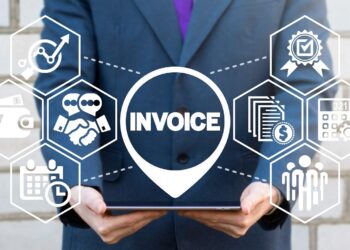 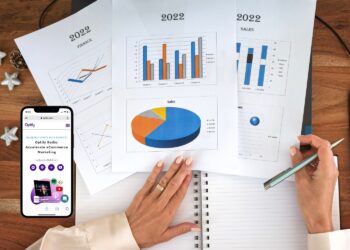 Top Tips For E-Commerce Business In 2022

How to Avoid Financial Scams in the Digital Age